I’ve been doing some spinning lately… here are the last few skeins I spun. 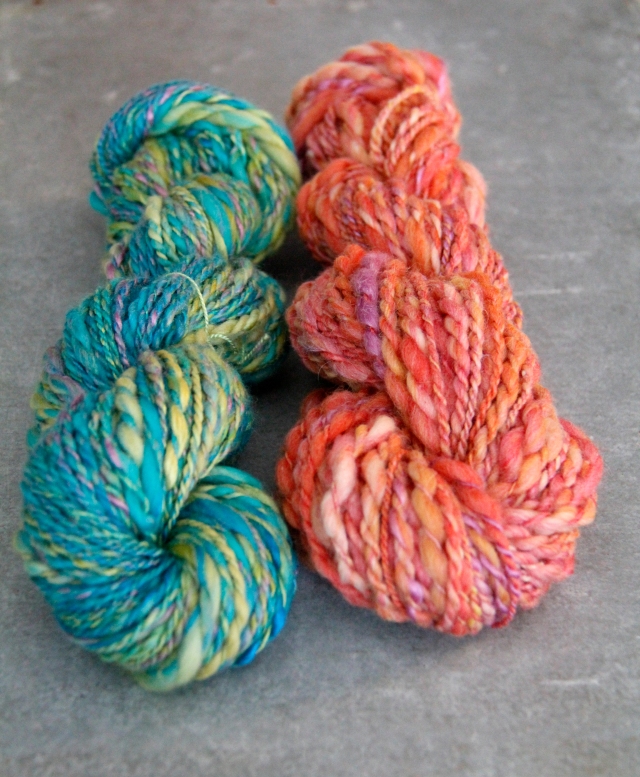 This is a plying technique that uses up a ton of yardage – the 20 or so yards of single yarn I spun shrank to about 6 yards after plying! To create any real yardage of Supercoil would use a lot of singles.